LARUE—With five units on site and calls for two additional tankers, a fire is spreading quickly through downtown LaRue. 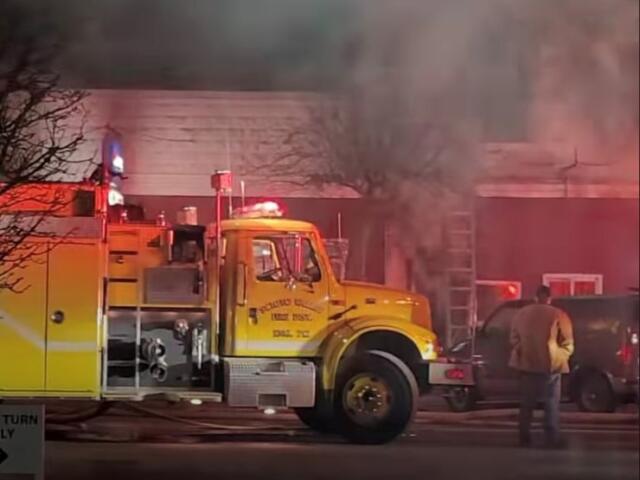 According to sources, the second floor above the site has collapsed. A dispatcher has advised firefighters to prepare for a complete building collapse. Propane tanks are believed to be in an adjacent building.

Everyone was evacuated from the buildings.
Crawford County Now will continue to cover this developing news story.