Former Managing Director (MD) and Chief Executive Officer (CEO) of the ICICI bank Chanda Kochhar and her husband Deepak Kochhar were produced before a Special Court of the Central Bureau of Investigation (CBI) for carrying forward remand proceedings.
The CBI arrested the couple on Friday in connection with the alleged ICICI Bank-Videocon money laundering case.
The CBI lawyer in the court said that they have arrested accused number four and five, as per the First Investigation Report registered with them.
“Accused 4 was MD and CEO of ICICI in 2009 and the fifth one is her husband,” the lawyer said.
He said that after Chanda Kochhar became the MD and CEO of the bank, six loans were sanctioned to Videocon and its subsidiary companies and Chanda was a part of the committees that sanctioned two of the loans.
“The loan amount of Rs 1,800 crore has been given to the company,” the CBI lawyer added mentioning that another loan of amount Rs 300 crore was given to a company whose part was Deepak Kochhar.
“We are filing an application to invoke IPC section 409 also in this case. We had already given a notice to both the accused under section 41 of the CrPC, but since they did not cooperate so we arrested them,” he said underscoring that they had sent a notice to the couple to appear before it on December 15 but they said they would appear four days later and did not come on 19th as well. (PTI)
Six accused related to gangrape of a 15-year-old girl were arrested by the police on Saturday. Three out of six accused are minors & were sent to a Juvenile rehabilitation centre. A case was filed under POCSO Act. The other 3 accused have been sent to police custody till December 30, news agency ANI reported.
RT-PCR test to be mandatory for international arrivals from China, Japan, S. Korea, Hong Kong & Thailand. On arrival, if any passenger from these countries is found symptomatic or tests positive for Covid19, then he/she will be put under quarantine: Union Health Min Dr Mandaviya pic.twitter.com/QOXNnu0LRV With a surge in Covid-19 cases abroad, many schools in Mumbai have brought back precautionary measures such as use of face masks, hand-washing and sanitisation of premises, among others.
Amid various rumors doing rounds on social media, the schools are also facing frantic calls from worried parents.
However, the Christmas break has come as a breather to the schools, as they get some time to put in place precautionary measures in their premises. (Read More)
Mumbai’s minimum (night) temperature has dropped to 16 degrees today, as per the Santacruze observatory of the IMD. The Colabal observatory also recorded 18 degrees on Saturday morning.
This is the lowest night temparature that has been recorded in Mumbai this year, so far. 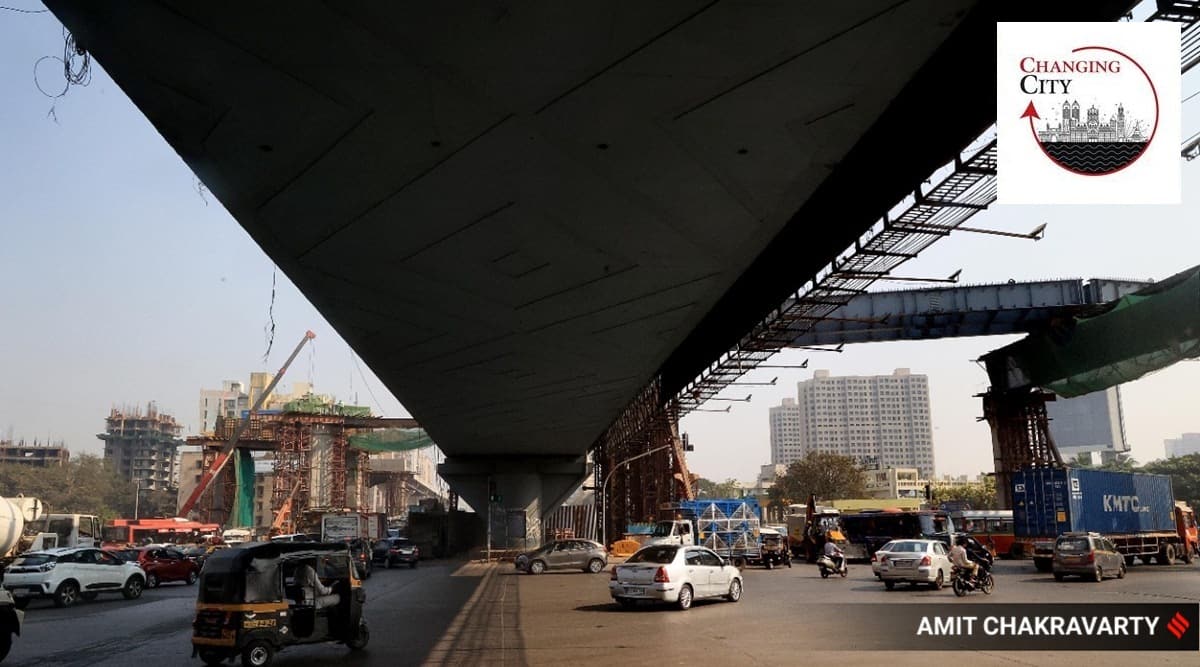 The project
Chheda Nagar is a major junction on Eastern Express Highway (EEH) at Ghatkopar where the Mankhurd Ghatkopar link road meets the EEH. After the completion of Santacruz Chembur Link Road (SCLR) and Eastern Freeway, traffic on both these roads meets at Chheda Nagar junction. The integration of all these roads at the junction causes heavy traffic jams. To resolve this traffic issue, Mumbai Metropolitan Region Development Authority (MMRDA) took up the project to decongest the Chheda Nagar junction by constructing three flyovers and one vehicular subway. Of three flyovers, one is already in service.
Significance:
Currently, bottlenecks are seen at Chheda Nagar junction severely hampering the travel time between south Mumbai and Mankhurd. Also, during peak hours, the traffic moves at a snail’s pace. Nearly 2.5 lakh vehicles pass through this junction every day. To resolve the traffic issue, the MMRDA took up this project. In March 2022, one of the flyovers, SCLR to Chheda Nagar, was opened to traffic while the work of the other two flyovers and one underpass is still under construction.
With a surge in Covid-19 cases abroad, many schools in Mumbai have brought back precautionary measures such as use of face masks, hand-washing and sanitisation of premises, among others.
Amid various rumors doing rounds on social media, the schools are also facing frantic calls from worried parents.
However, the Christmas break has come as a breather to the schools, as they get some time to put in place precautionary measures in their premises.
“You’re Charles”
“Are you crazy? Who Charles?”
“I know it is you Charles, I had arrested you in 1971 as well.”
A conversation between retired police officer Madhukar Zende and Charles Sobhraj, the notorious serial killer and French citizen, at a Goa restaurant in 1986 has played out in his mind several times over the years. Zende, 84, was reminded of it again after the Supreme Court of Nepal Wednesday ordered Sobhraj’s release within 15 days and deportation back to France on “humanitarian grounds”.